PF account number or PF member id is a 22 digit unique number consists of  region code, office code, establishment id, establishment extension and finally employee member id.  We need to mention PF numbers on PF withdrawal forms like EPF composite claim form aadhar or non aadhar. Even you can use your PF number to transfer your PF amount either in online or in offline by using PF transfer form 13.

The format of PF numbers are same but the alphabets and numbers will change. 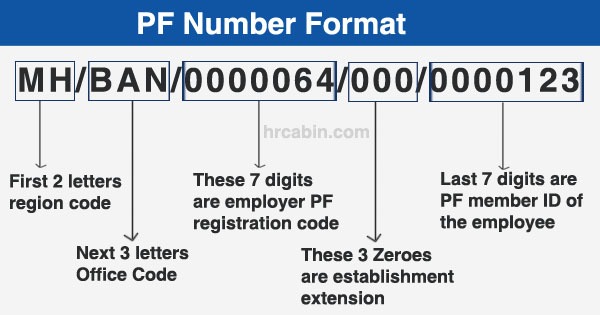 00000064: These Seven digits followed by office code are the establishment/employer PF code

0000123: These last 7 numbers are the actual PF number of the employee which is different for every employee working in the same organization.